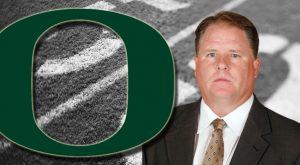 The #10 Oregon Ducks have recovered from a season-opening loss to high-powered LSU with two consecutive victories. This Saturday night they play a team in Arizona that’s lost its last two games – both came against top-ten schools in Oklahoma State and Stanford.

Coverage of Oregon-Stanford from Tucson begins Saturday night at 9:45 PM Eastern on Westwood One. John Tautges and Terry Donahue will be on hand to call the action.