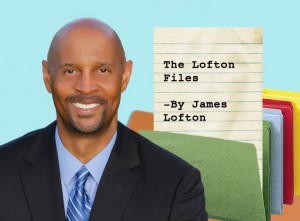 You may love Jay Cutler… but I’m willing to bet you just might be one of the many fans who find themselves on the other end of the spectrum. For whatever reason, everyone seems to have something to say about the Bears’ enigmatic quarterback. And it seems like it’s rarely ever positive.

Well, here are six points you should consider when you think of #6:

1. Toughness – Find me another QB who could have survived the nine sacks he endured IN THE FIRST HALF against the New York Giants one Sunday night in October 2010. Yeah, I know he got knocked out of the game, but for 30 minutes, he kept getting up!

2. That old-school back-pedal drop back – Johnny Unitas made it famous and you’ll see it from Cutler too. He’ll drop straight back without turning his hips and is able to launch a strike from either foot.

3. Rocket Arm – I’m not sure exactly how far he can throw it, but as they say in the business, “Jay can spin it.” He can hit speedsters Devin Hester and Johnny Knox 60 yards down the field with ease.

4. No Finger Pointing – You hear a lot about his “demeanor,” but I’ve never seen him embarrass a teammate. Sure his reactions aren’t always perfect, but I haven’t seen him cross the line on the field or in the media. And he hasn’t thrown his offensive coordinator under the bus for play calling that could easily put him on the endangered species list.

5. Not just a pretty face – Cutler has decided not to do a bunch of commercials or magazine covers to promote himself until he actually wins something. Not every QB in the league can say the same.

6. Plays to win, not to feed his ego – If you ask me, Cutler plays to win. Period! I see the whole NFC Championship game storyline completely different from most people. I think it took courage for Jay to step aside when he realized he wasn’t healthy enough to help his team win.

Would I want Jay Cutler to show more outward emotion and give me a little more rah-rah? Maybe, but don’t fault a guy because he doesn’t pound his chest after every 5-yard completion. In a way, Cutler is the ultimate throwback: he lets his play do the talking. How refreshing.

James Lofton is the analyst for Sunday Night Football on Westwood One. He’ll get to see Jay Cutler up close and personal this Sunday, as the Bears host the Minnesota Vikings. Coverage begins with Scott Graham on NFL Sunday at 7:30 PM Eastern.