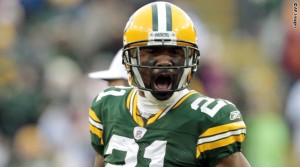 The Green Bay Packers will take their 10-0 record into Ford Field for an NFC North clash with the Detroit Lions on Thanksgiving Day.

Packers’ corner Charles Woodson spoke with Westwood One studio host Scott Graham about the game and the Packers’ chances to make it through the season without a loss.