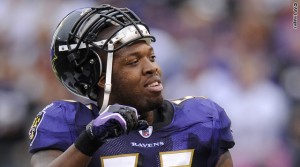 Thanksgiving is all about family and Thursday night’s NFL game by the Chesapeake Bay will fit right in, as John Harbaugh’s Ravens host Jim Harbaugh’s ’49ers. Both teams lead their divisions, so it’s bound to be an interesting game regardless of the fact that the guys roaming the sidelines are related.