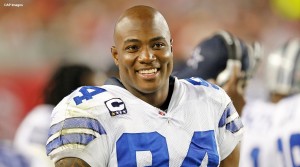 Playoff permutations in the NFL are sometimes overwhelmingly confusing. But there’s nothing complicated about tonight’s matchup in New Jersey between the Giants and the Cowboys. The winner is the NFC East champ and hosts a playoff game on Wild Card Weekend and the loser goes home.

The teams already met in a Sunday Night Football thriller earlier in the season and Dallas will be hoping to come out on the winning side this time. Ahead of the big game, Dallas defensive end DeMarcus Ware spoke with Westwood One NFL studio host Scott Graham.

Dave Sims and James Lofton will have all the action from MetLife Stadium tonight beginning at 7:30 PM Eastern.