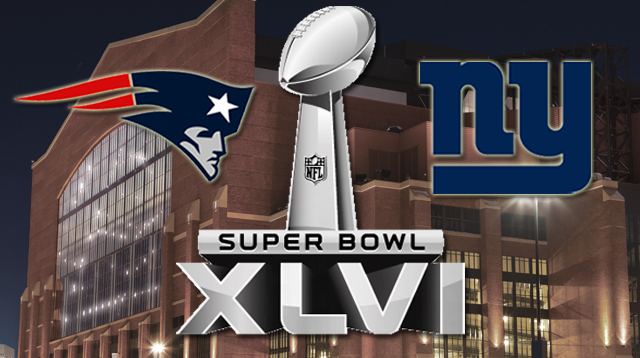 Super Sunday has arrived. The Giants and the Patriots will lay it all on the line once foot is put through ball at 6:29 PM Eastern in Indianapolis. To get you ready for the big game, we’ll kick things off at 3 PM with Super Bowl Preview hosted by Scott Graham and Boomer Esiason. Then, at 4 PM Eastern, our live pregame coverage begins from Lucas Oil Stadium. We know you’re busy on Super Bowl Sunday, so here is a rough schedule of what you can hear on our shows — and when you can hear it. As an added bonus, we’ve given you a sneak peak of the interviews!

(All times are Eastern and approximate)

6:14 “America the Beautiful” performed by Blake Shelton and Miranda Lambert