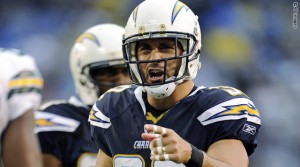 The San Diego Chargers have a chance to get to 2-0 on Sunday when the Tennessee Titans come to Qualcomm Stadium.

The Chargers started the season with a big win over Oakland on Monday Night Football. Now they’ll look to send Tennessee to a second straight defeat.

Ahead of the game, star safety Eric Weddle spoke with our Mark Malone about his team’s season-opening win, defending Titans running back Chris Johnson and the health of his injured teammate Quentin Jammer, who will play in spite of a broken hand.

Westwood One Sports will be live at Qualcomm Stadium on Sunday as the Chargers host the Titans. Wayne Larrivee and Mark Malone will have the call beginning at 3:45 PM Eastern.