This weekend against the San Diego Chargers, New Orleans Saints quarterback Drew Brees will more than likely throw a touchdown pass for a 48th consecutive game, breaking the mark set more than five decades ago by one of the all-time greats, Johnny Unitas. But don’t be sad, Baltimore Colts fans. It’s all part of the game.

Of all people, I know records are made to be broken. Let me tell you about how I felt when Jerry Rice surpassed my all-time NFL record for receiving yardage. I can still feel the moment. I was working for CNN on the NFL Preview show during the 1995 season. I remember standing in the Atlanta studio’s control room watching half a dozen NFL games on the various monitors. Rice caught a pass and the graphic came up on the screen. My 14,004 yards, which had taken me 16 years to accumulate, were now second best. As a competitor I admit I felt a little helpless knowing there was nothing I could do about it.

As it happens, on that particular weekend my oldest son David, who was 11 years old at the time, had joined me on the trip to Atlanta from our home in Dallas. As I stared at the screen, David put his arm around me and gave me a little hug. I looked down at him and tears were rolling down his face. In that moment, I realized how much records can mean to family and friends who support you no matter what and share in your triumphs.

I had the chance to meet Joe Unitas, Johnny’s son, this past off-season at an event for Jonathan Ogden, and when I did, I had to tell him that his dad was my idol as I was growing up. I don’t know why a kid growing up in the ’60s in Los Angeles would choose Johnny U as his favorite player, but I did. I loved the crew cut and the black high-tops #19 wore.

By the time my third season began, in 1980, I was on my way to becoming one of the better receivers in the NFL. Packers legend Bart Starr, the MVP of Super Bowls I and II, was my head coach in Green Bay and we were about to play a preseason game in Milwaukee. The annual Shriners Hospital game, in fact.

We were playing the Baltimore Colts that Saturday evening, and I was on the ground stretching when I heard Coach Starr say, with a laugh, “Can you believe this guy thought you were better than I was?” I turned around and saw Johhny Unitas standing next to Bart Starr. Suddenly I wasn’t a third-year Pro Bowler, but I was that 11-year-old kid again. I got up and shook Johnny U’s hand. Don’t know what I said or even remember if I could speak.

Now, back to the streak, the record 47 straight games from 1956 to 1960 in which “The Golden Arm” threw a touchdown pass. Incredible. Unitas was a guy who made the NFL from semi-pro ball and turned into a legend. I coached on the staff in San Diego when Drew Brees was our quarterback. Brees was a “too short” guy with a reconstructed shoulder, who has turned in the type of work while in New Orleans worthy of legendary status. He made the team sometimes mocked as the ‘Aints into Super Bowl champs and is on the verge of taking down one of the game’s oldest records.

If it happens, maybe Johnny Unitas’ son, Joe, will shed a tear on Sunday night just like my son David did back in ’95 when my record fell. It’s only natural for a son to be that proud of his dad, and one of the beautiful things about football and family and life, is that it’s something that Drew’s young son will likely experience one day too.

James Lofton is the analyst for Westwood One’s coverage of Sunday Night Football. This week he and Dave Sims will be in New Orleans as the Saints host the San Diego Chargers. Coverage begins Sunday at 7:30 PM Eastern on Westwood One Sports.

01 February 2020 Comments are off for this post.
Scott Graham and Pro Football Hall of Famer James Lofton are your guides as we close the book on the week leading up to Super Bowl LIV. We check in with the coaches, Andy Reid and Kyle…Read More » 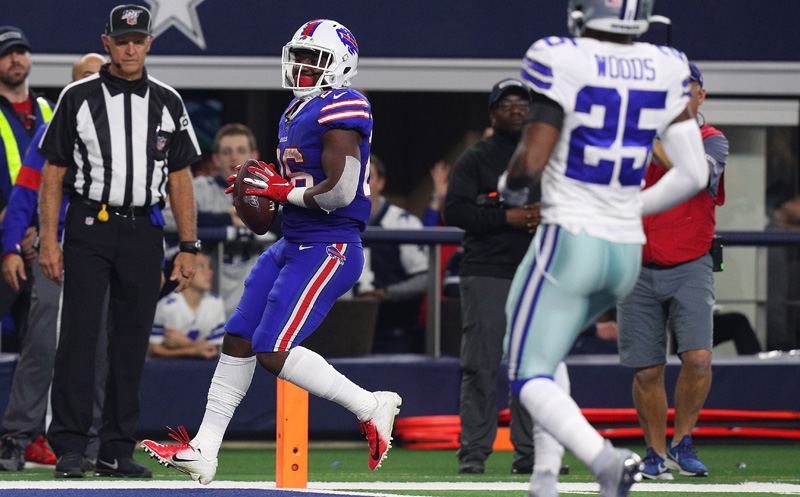 28 November 2019 Comments are off for this post.
ARLINGTON, TX – The Buffalo Bills improved to 9-3 on the season with a 26-15 Thanksgiving Day victory over the Dallas Cowboys. Among the key plays was a reverse option pass that saw wide receiver John Brown connect with running back Devin Singletary for a touchdown pass. John Sadak and…Read More » 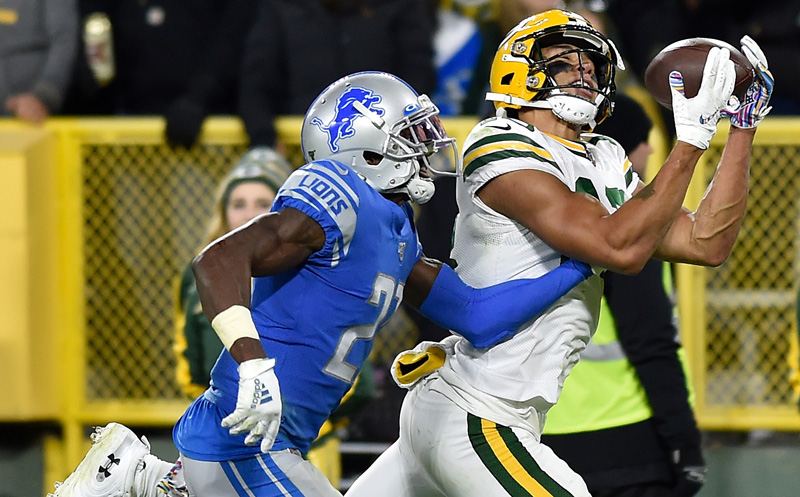 15 October 2019 Comments are off for this post.
GREEN BAY, WI – Aaron Rodgers led the comeback as the Green Bay Packers defeated the Detroit Lions 23-22 on Monday night at Lambeau Field. Mason Crosby’s short field goal as time expired gave Green Bay the win, but it was a few penalties called down the stretch that will…Read More » 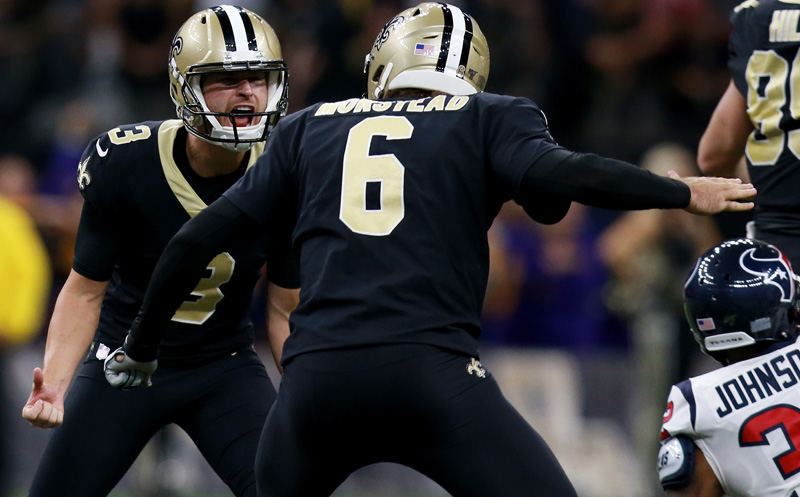 09 September 2019 Comments are off for this post.
NEW ORLEANS, LA – Wil Lutz hit a career-long 58-yard field goal as time expired to give the New Orleans Saints a thrilling 30-28 win over the Houston Texans on Monday night. Deshaun Watson had connected with Kenny Stills to put the Texans up only seconds earlier, but Drew Brees…Read More » 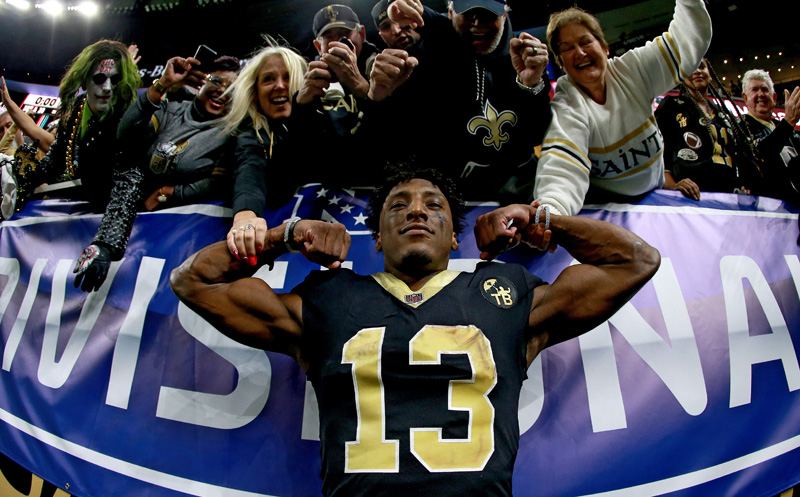 13 January 2019 Comments are off for this post.
NEW ORLEANS, LA – The New Orleans Saints rattled off 20 unanswered points to rally from an early deficit on Sunday at the Superdome and defeat the Philadelphia Eagles 20-14 in an NFC Divisional Round matchup. Drew Brees connected with Michael Thomas late in the third quarter for the go-ahead…Read More » 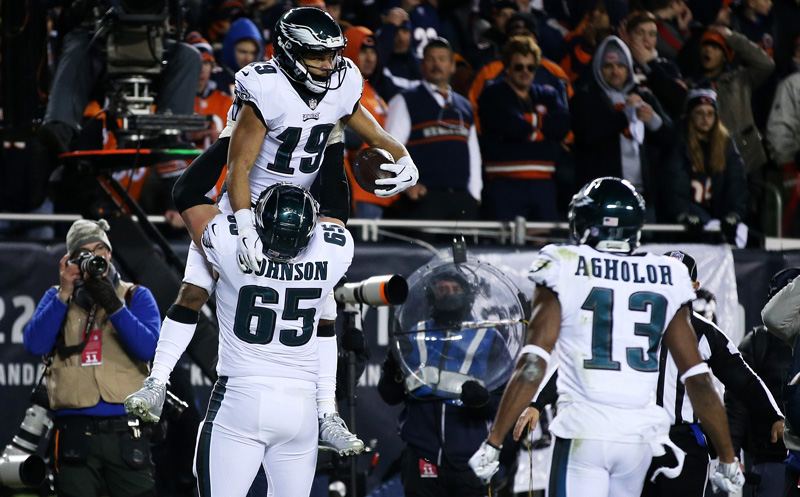 06 January 2019 Comments are off for this post.
CHICAGO, IL – The defending champions are still alive, as the Philadelphia Eagles defeated the Chicago Bears 16-15 on Sunday in an NFC Wild Card matchup at Soldier Field. Nick Foles’ touchdown pass to Golden Tate gave Philadelphia the lead and Cody Parkey’s missed 43-yard field goal with seconds remaining…Read More » 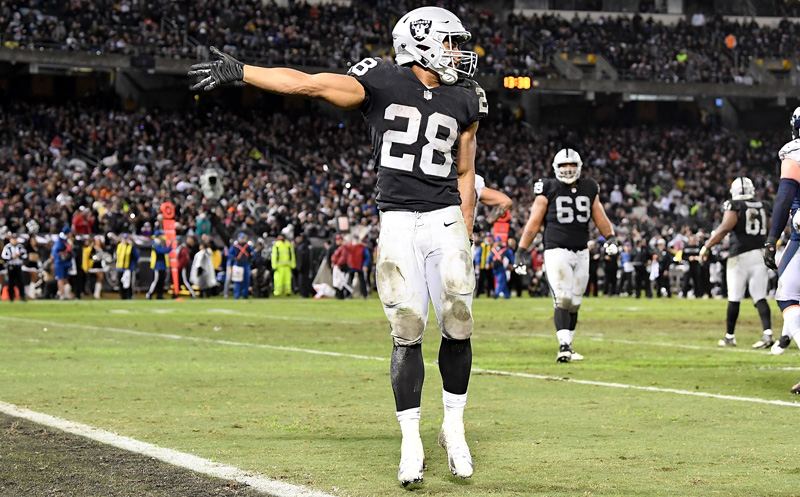 MNF Highlights: Raiders top Broncos 27-14 in what could be final game in Oakland

25 December 2018 Comments are off for this post.
OAKLAND, CA – If this was to be the Raiders’ final game in Oakland, they went out in style defeating the Denver Broncos 27-14 on Monday night. Kevin Kugler and James Lofton called the action on Westwood One.Read More »
Load more posts