This Sunday night’s game between the Houston Texans and the Chicago Bears could be a masterpiece. And like art, as with all things, beauty is in the eye of the beholder.

Pablo Picasso was considered one of the “Modern Masters” and I’ve heard a few people calling this Bears defense the “Modern Monsters.” Makes sense for a team that plays about a mile away from one of the great museums of the world, the Art Institute of Chicago. This Bears unit has 28 takeaways through eight games. Do some math and you’ll find that’s just fractions less than one per quarter! Whether it’s violent punches of the ball by Peanut Tillman or one of the seven interceptions returned for touchdowns, teams don’t commit turnovers against the Bears. Chicago’s D takes it away. There’s a difference. Like Picasso with his Blue Period, this Bears defense is in the midst of a prolific era. You could call it their Blue Period, though considering the way offenses stagger away from games against them, Black and Blue Period seems more appropriate.

Now, on the other side of the ball… Like I said earlier, beauty is in the eye of the beholder. So what’s not to like about the Bears offense? It features the bold and sometimes out-of-control brush strokes of Brandon Marshall and the surrealistic running skills of Matt Forte. Forte is one of the great open-field runners in the game. Just watch him create on screen passes. And if you want to try and get into the head of the painter, who better to try and figure out than Jay Cutler? Culter is bold, aggressive, ferocious, diabolical, benign, kindly, coarse and polished, and that’s all while just warming up on the sidelines.

Both the Bears and Texans come into Sunday night’s contest with 7-1 records. That one loss? Each team dropped a game to the Green Bay Packers in eerily similar fashion. The Texans threw three interceptions and allowed three sacks of Matt Schaub. The Bears tossed four picks and allowed seven sacks. Neither team painted a pretty picture in those games.

In 1660, Rembrandt painted his self-portrait. To that I say, “C’mon, man!” Without camera phones or game footage for real proof, who’s to know if he was painting the truth? So it is Rembrandt’s The Night Watch, which he finished in 1642, that we’ll look at. It’s noted for its colossal size. Kinda like defensive end J.J. Watt, with his wingspan and vertical leaping ability that’s led to 10 passes defended at the line of scrimmage. You might compare the painting’s usage of light and shadow to Wade Phillips’ zone blitzing 3-4 – or, as he calls it, his 5-2 package. The perception of motion in The Night Watch could remind you of Gary Kubiak’s zone rushing attack with Arian Foster, which gradually morphs into a tough-to-stop play-action passing game.

Whichever style you prefer, it all adds up to make this matchup of the Bears and the Texans one worthy of admiration from any angle.

James Lofton is the analyst for Westwood One’s coverage of Sunday Night Football. Coverage of Bears-Texans from Chicago begins Sunday at 7:30 PM Eastern on Westwood One Sports. 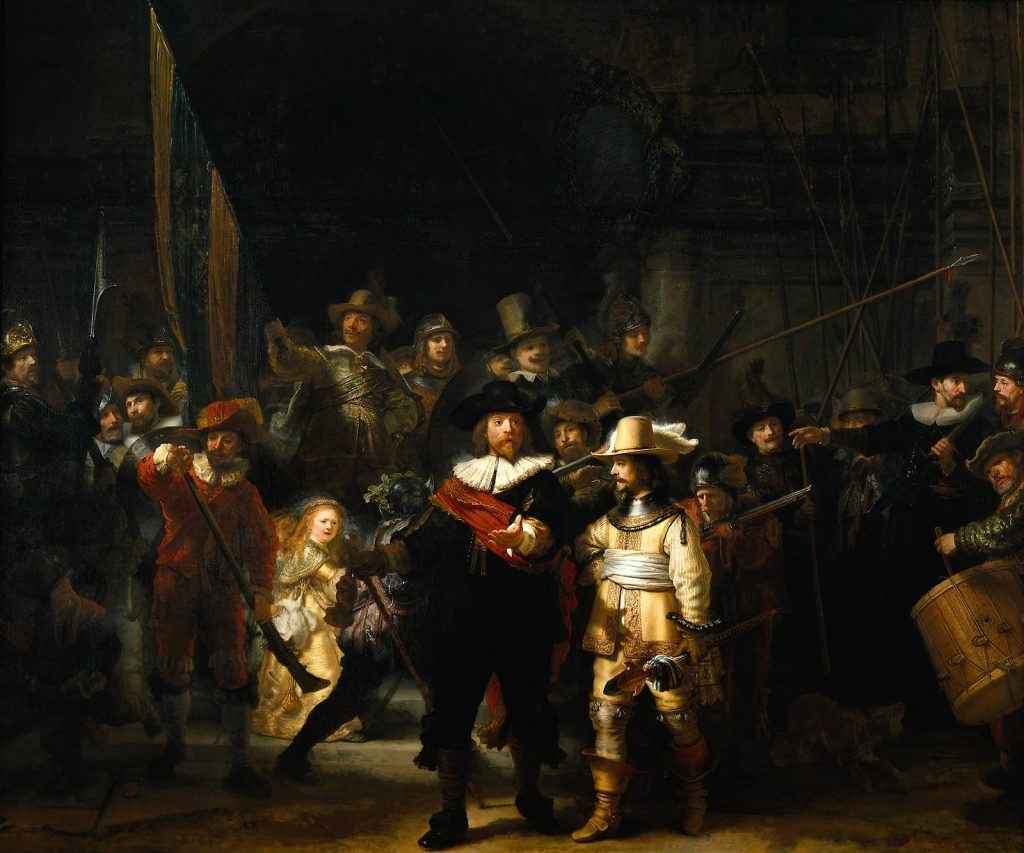 The Night Watch by Rembrandt