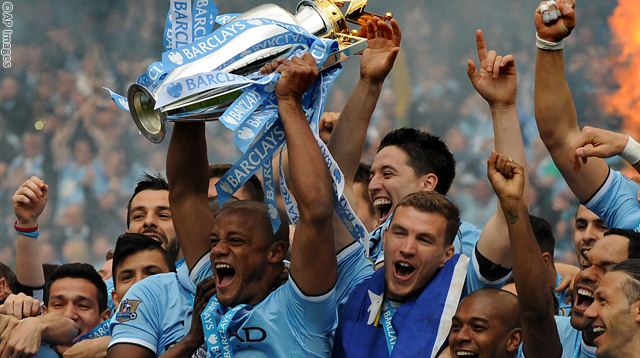 WESTWOOD ONE PRESENTS LIVE COVERAGE OF THE BARCLAYS PREMIER LEAGUE

talkSPORT Commentary will be Available Domestically Across Audio, Digital, and Mobile Platforms in both English and Spanish

NEW YORK, NY, August 11, 2014  –  Westwood One is once again pleased to provide exclusive play-by-play coverage of the Barclays Premier League as part of its extensive sports programming lineup. In partnership with talkSPORT, the world’s biggest sports radio station, based in London, U.K., the programming will consist of 60 featured matches available to radio stations across the country. In addition, every single match of the entire season, 380 in all, will be streamed live on WestwoodOneSports.com. Fans will also be able to listen to additional audio content, including interviews and weekly preview and recap shows, throughout the season on the website. Coverage from the most popular and exciting soccer league in the world–in both English and Spanish languages–will begin THIS SATURDAY, August 16th and conclude on Sunday, May 24th, 2015.

Highlighting the preliminary schedule of featured games will be appearances by defending champion Manchester City, as well as matches involving traditional powers Manchester United, Arsenal, Chelsea, and Liverpool. All 20 teams from the Premier League will make appearances throughout the season.

“There is an enormous, avid world of soccer fans, and it’s growing by leaps and bounds,” said Steve Shaw, President, Westwood One. “Our partnership with talkSPORT allows us to deliver cross-platform, bilingual coverage of the world’s biggest sport to soccer fans across the U.S. It’s just another layer of value we can offer, via our incredible array of top-notch sports programming, to sports fans and the advertisers who want to reach them.”

Jimmy Buckland, talkSPORT Director of Strategy, said: “Ahead of the new season this weekend, talkSPORT continues to bring sports fans around the world the very best coverage of the Barclays Premier League and I’m delighted to be continuing our partnership with Westwood One.”

About Westwood One Sports

Westwood One Sports is home to some of the most exciting sports broadcasts on radio. In addition to its coverage of Barclay’s Premier League, Westwood One Sports is the exclusive network radio partner to the NFL—featuring regular and post-season NFL football, including the playoffs and the Super Bowl.  Its other extensive properties include NCAA Football; the Olympics; NCAA Basketball, including the NCAA Men’s and Women’s Tournaments and the Final Four; The Masters; and other marquee sports events.  Westwood One also distributes NBC Sports Radio and CBS Sports Radio.  On social media, join the Westwood One Sports community on Facebook at facebook.com/westwoodonesports and Twitter at twitter.com/westwood1sports.  For more information, visit www.westwoodonesports.com

talkSPORT is the world’s biggest sports radio station and Global Audio Partner of the Barclays Premier League. Launched in 2000, it has an audience of 3.4 million adults in the UK. Domestically, talkSPORT is an official broadcaster of the Barclays Premier League, FA Cup, England football internationals and the Capital One Cup. For more information, visit www.talkSPORT.com