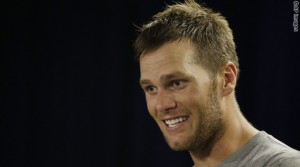 It only took six days for the New England Patriots to go from bitter disappointment in a blowout loss to Kansas City to utter elation in a blowout win over Cincinnati.

Such is life in the up-and-down NFL in 2014, where one week a team looks like it’s reached the end of a long era of success and the next it gets it all together to blow out the only team that remained unbeaten this season.

In his weekly conversation with Jim Gray, Tom talks about the win – plus rumors that started swirling during the week that the end of his time in New England is near.

(Brady on whether he could end up finishing his career elsewhere)