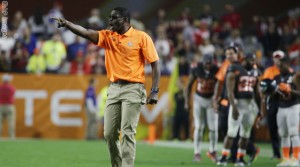 Ryan hit Emmanuel Sanders at the end of the third quarter to cut into a 28-19 deficit, then connected with Jimmy Graham with 3:10 left in the fourth quarter to go ahead.

Matthew Stafford also threw a pair of touchdown passes for Team Irvin and was named Offensive MVP. J.J. Watt had an interception and a forced fumble to earn defensive MVP honors, even though he was on the losing side.

Scott Graham and Rod Woodson called the action on Westwood One.

(J.J. Watt gets an interception just before the half)