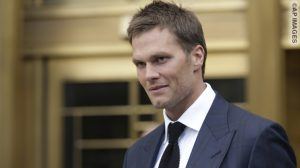 Would you believe it’s only been a month since Tom Brady had his day in court and got his four-game suspension overturned?

Fast forward three games and Brady and the New England Patriots are on fire, with a 3-0 record and an offense that will only be slowed down this week because they have an early bye on the schedule.

In his weekly conversation with Westwood One’s Jim Gray, Brady talks about reaching 400 touchdown passes in his career, his goals for the season and much more.