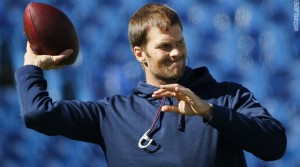 Tom Brady and the New England Patriots needed every yard and nearly every second to beat the New York Giants 27-26 on Sunday.

In his weekly conversation with Westwood One’s Jim Gray, Brady talks about getting to 9-0, his interception that nearly cost the Patriots their perfect record, Stephen Gostkowski’s game-winning kick and much, much more.