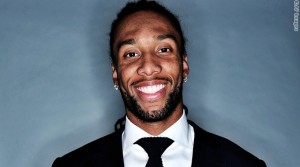 The Arizona Cardinals got the week off to a winning start on Thursday Night Football with a hard-fought win over the Minnesota Vikings.

In his weekly conversation with Westwood One’s Jim Gray, Larry talks about the race for a first-round bye in the NFC, news that broke today that he says he’s got no shot of passing Jerry Rice for the most catches in NFL history and much more – including whether as a fan of the game he’d like to see the Carolina Panthers complete a perfect regular season.