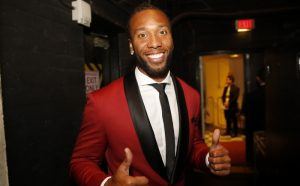 The Arizona Cardinals suffered another disappointing loss on Sunday as they fell to the Atlanta Falcons.

In his weekly conversation with Westwood One’s Jim Gray, Larry Fitzgerald talks about the disappointment of a season that is on the brink of being lost, whether he plans to retire after the season and much more.