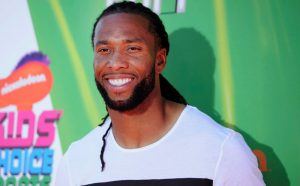 The disappointing campaign of the Arizona Cardinals reached its low on Sunday as the team fell 48-41 to the New Orleans Saints and were officially eliminated from any chance at the postseason.

In his weekly conversation with Westwood One’s Jim Gray, Larry talks about where it all went wrong and also addresses questions about whether he’ll retire at the end of the season, saying he is contemplating and is uncertain about his NFL future.