For the 13th consecutive year, Sean Grande will serve as the play-by-play announcer, and former All-American goaltender Cap Raeder will be the color analyst for the Frozen Four. Adam Wodon returns for the fifth straight year as rinkside reporter, and Jason Horowitz hosts the pregame and intermission reports. 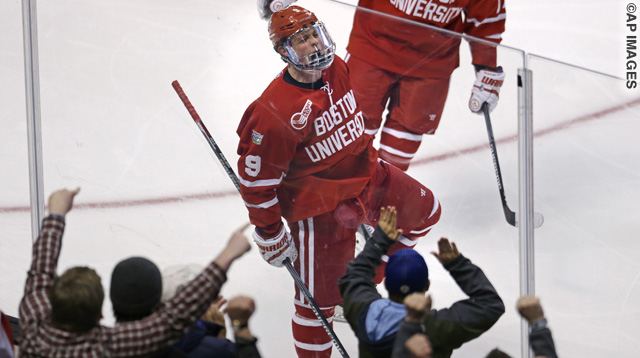 10 April 2015 Comments are off for this post.
BOSTON – Jack Eichel had two goals and an assist as Boston University defeated North Dakota 5-3 on Friday night. The Terriers will face the Providence Friars on Saturday night as they look for their first national…Read More »