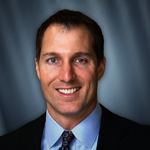 Chris Doering returns to the Westwood One broadcast crew in 2014 for a second season as a game analyst for NCAA Football.

Doering achieved great success as a wide receiver at the University of Florida, finishing with the most touchdown catches in Southeastern Conference and Gators history, despite starting his collegiate career as a walk-on. Along the way, he enjoyed three consecutive SEC Championships (1993-95), was named team captain (1995) and earned first-team All-SEC and second-team All-American honors (1995). Doering amassed 70 catches for 1,049 yards and 17 touchdowns in his senior season, helping lead Florida to the National Championship Game.

Doering went on to play in the NFL for several teams, including the Pittsburgh Steelers, Washington Redskins, Denver Broncos and Indianapolis Colts, over a nine-year period. In 2006, he was inducted to the University of Florida Athletic Hall of Fame as a “Gator Great.”

Since retiring from the football field, Doering has become an active broadcaster and can be seen working as a game color commentator for ESPN’s syndication of SEC football. He also has appeared on ESPNU and SunSports (Florida) as a studio analyst and he hosts a sports radio show on 1230AM/WGGG in Gainesville, Florida and 900AM/WMOP in Ocala, Florida. 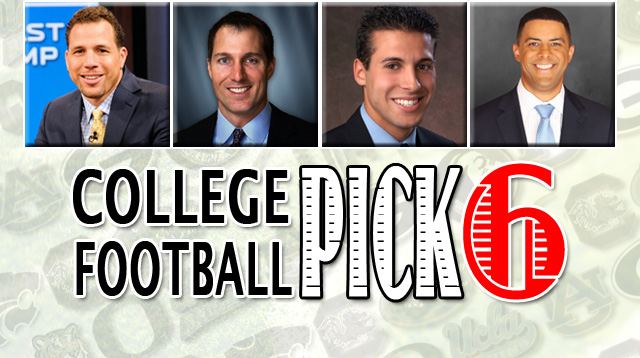 30 December 2014 Comments are off for this post.
It’s crunch time in College Football. And crunch time in our weekly Pick 6. It all comes down to this – with a twist. For each win during the regular season, our panelists were given a point.…Read More » 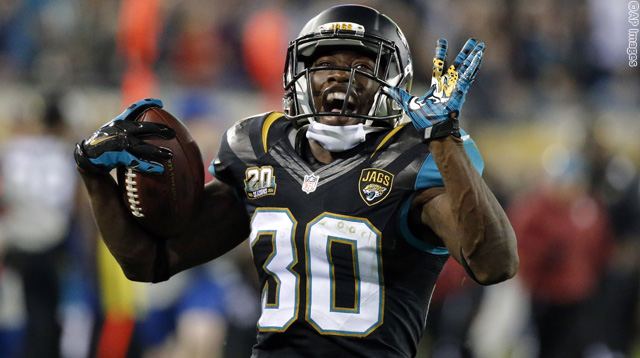 19 December 2014 Comments are off for this post.
JACKSONVILLE, FL – The Jacksonville Jaguars used a strong running game and timely defense to defeat the Tennessee Titans 21-13 on Thursday night. Both teams entered the contest at 2-12, rendering the outcome meaningless other than for draft positioning next spring. But despite the poor records, the game was an…Read More » 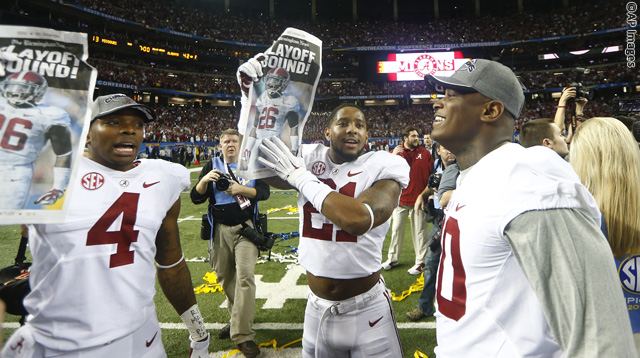 06 December 2014 Comments are off for this post.
ATLANTA – Derrick Henry and T.J. Yeldon combined for 188 yards and four touchdowns on 34 carries as Alabama rolled to the SEC championship – and a spot in the inaugural College Football Playoff – with a 42-13 victory over Missouri at the Georgia Dome on Saturday. Blake Sims also…Read More »

05 December 2014 Comments are off for this post.
Westwood One’s coverage of college football continues on Saturday as Missouri takes on Alabama in the SEC Championship Game. Coverage begins at 3:30 PM Eastern on Westwood One and streaming right here at WestwoodOneSports.com. For a preview of the game, we turn to our analysts Chris Doering and Derek Rackley.…Read More »

05 December 2014 Comments are off for this post.
Jason Horowitz and Derek Rackley had the best go of it last week in our super-sized Thanksgiving edition of the Pick 6. Both guys went 6-3 and Jason pulled ahead in the overall standings as we head into a weekend of conference championships. These will be our last picks before…Read More » 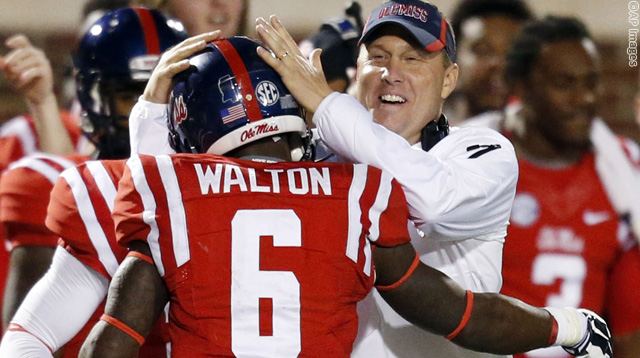 30 November 2014 Comments are off for this post.
OXFORD, MS – Ole Miss was eliminated from the College Football Playoff race with three losses in its last four games – but the sting of those defeats will seem like a distant memory after the Rebels knocked in-state rivals Mississippi St. out of the Playoff race with a 31-17…Read More »

27 November 2014 Comments are off for this post.
In honor of Thanksgiving, we’re super-sizing the Pick 6 – with a Pick 9! This weekend’s heaping helping of college football was more than worthy of a second plate. So who are the guys taking in nine of this week’s biggest matchups? See below! Game Chad Brown Chris Doering Jason…Read More »

22 November 2014 Comments are off for this post.
As we reach Week 13 of our College Football Pick 6, Jason Horowitz and Chris Doering are still neck and neck at the top of the standings. Derek Rackley had the best weekend last time around and picked up a game, but he’s still four games back. So who are…Read More »
Load more posts