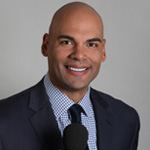 Donny Marshall is an NCAA Basketball analyst for Westwood One.

Marshall is also a Brooklyn Nets color commentator and studio analyst for the YES Network, having started in that role in October 2013.

A 6’7″ forward, Marshall was selected by the Cleveland Cavaliers in the second round of the 1995 NBA Draft out of Connecticut. He played five seasons in the NBA, and was a member of the Nets’ back-to-back NBA Finals teams (2001-02 and 2002-03).

A native of Seattle, Marshall played his high school basketball at Federal Way High School in Federal Way, Wash. He played for the University of Connecticut from 1991-95 and was co-captain his junior and senior years, later being named to UConn’s All-Century Team.

Marshall called men’s basketball games in the 2012 Summer Olympics in London for NBC. From 2005 to 2013, he was a Boston Celtics analyst for Comcast SportsNet New England, broadcasting from the studio or courtside for over 600 games. He covered the team during their 2008 championship season, their 17th NBA Championship. Marshall previously did color commentary on NBC Sports, NBA TV, and on ESPN and ESPN2’s college basketball telecasts.

Marshall received a bachelor’s degree in Business Management from the University of Connecticut. He serves on the Board of Trustees at the university, and is a board member of First Tee of Connecticut. Marshall conducts basketball camps in Massachusetts and Connecticut during the summer months.

13 February 2020 Comments are off for this post.
VILLANOVA, PA – Villanova held off Marquette en route to a 72-71 victory on Wednesday night. Markus Howard became the Big East’s all-time scorer in conference games, but it wasn’t enough as the Golden Eagles fell a…Read More » 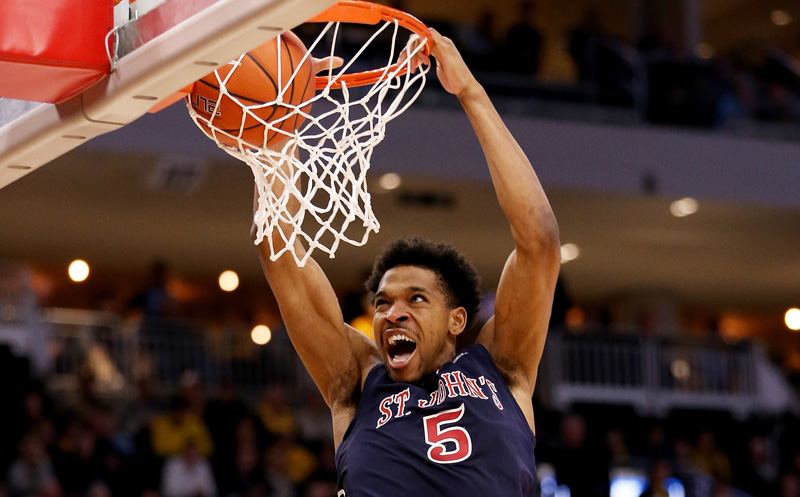 17 February 2019 Comments are off for this post.
NEW YORK, NY – St. John’s trailed by as much as 19 points, but it didn’t matter as the Red Storm rallied past Villanova for a 71-65 victory on Sunday at Madison Square Garden. Chris Carrino and Donny Marshall called the action on Westwood One Sports.Read More » 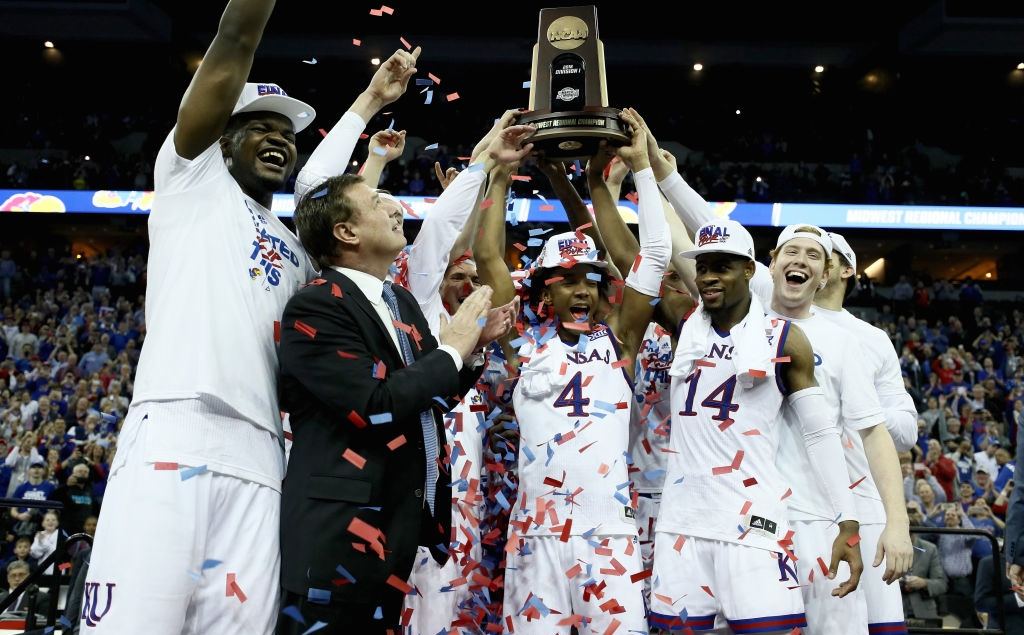 25 March 2018 Comments are off for this post.
OMAHA, NE — In perhaps the game of the 2018 NCAA Tournament so far, top-seeded Kansas edged second-seeded Duke, 85-81, in overtime in Omaha to advance to the Final Four. After Kansas’ Svi Mykhailiuk drained a three to tie the score with less than a minute left in regulation, the…Read More » 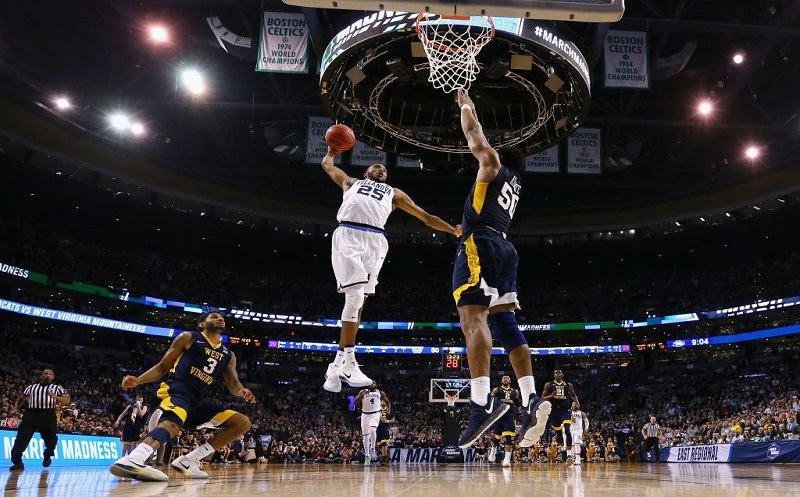 24 March 2018 Comments are off for this post.
OMAHA, NE – After a night that saw #9 Kansas State, #11 Loyola-Chicago and #9 Florida State advance to the Elite 8, the top seeds of the Midwest and East regions returned to form Friday as #1 seeds Kansas and Villanova dispatched #5’s Clemson and West Virginia, respectively. In the…Read More » 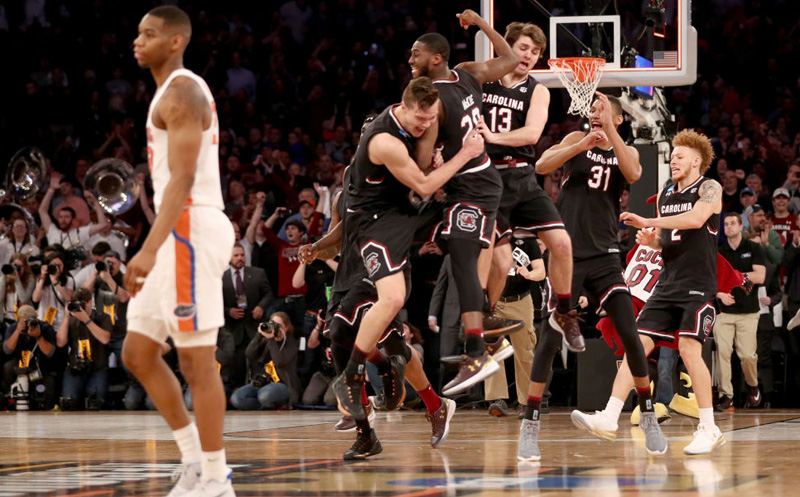 26 March 2017 Comments are off for this post.
NEW YORK – In a tightly contested affair that featured 14 lead changes and 10 ties, No. 7-seed South Carolina took down fourth-seeded Florida 77-70 on Sunday afternoon in the East Regional Final of the NCAA Tournament. The Gamecocks reach the Final Four for the first time in program history. Sindarius…Read More » 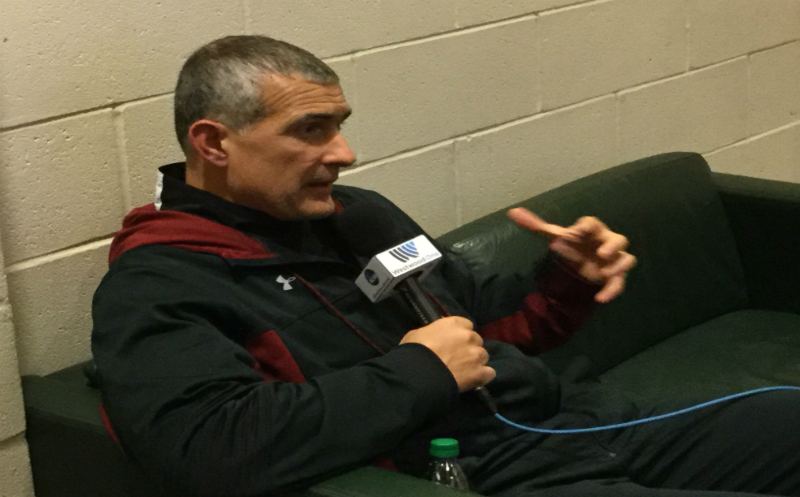 26 March 2017 Comments are off for this post.
NEW YORK, NY – Frank Martin might have his Gamecocks on the edge of a Final Four now, but he was coaching high school JV basketball for years. You can understand he might be quite excited about the level his team is playing at now. While he’s familiar with the…Read More » 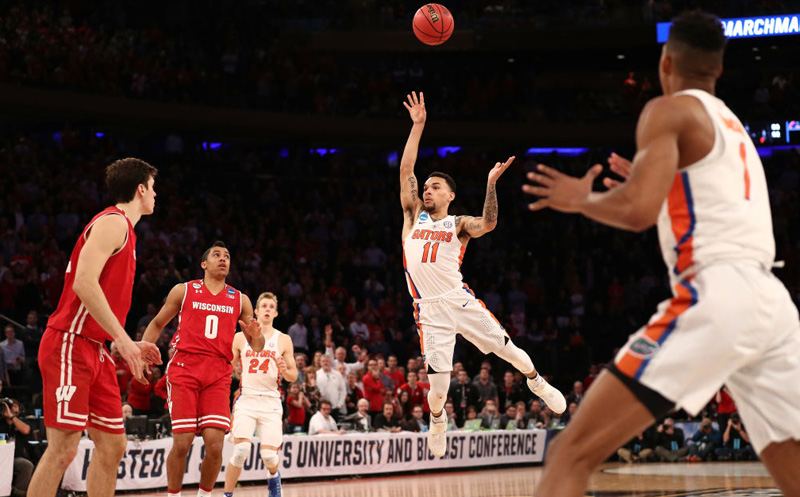 25 March 2017 Comments are off for this post.
NEW YORK, NY – Chris Chiozza’s running three-pointer as the buzzer sounded gave Florida an 84-83 overtime victory over Wisconsin on Friday night in a March Madness classic. KeVaughn Allen led the Gators with 35 points, but it will be Chiozza’s shot that lives forever in tournament history. Ian Eagle…Read More » 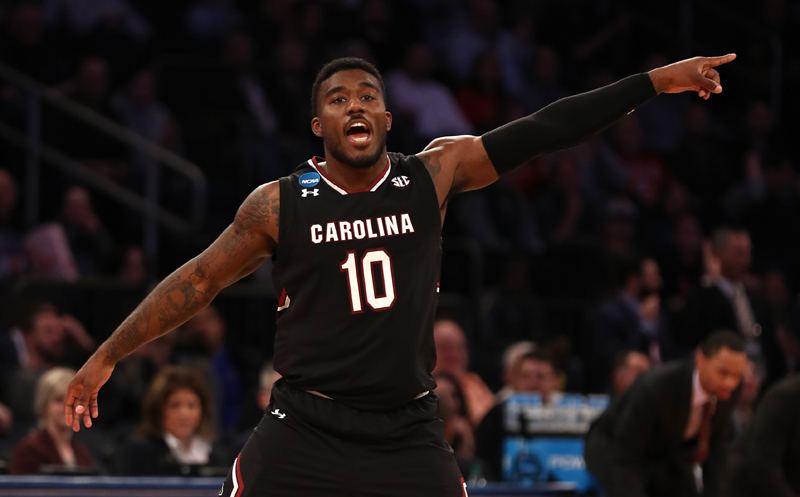 24 March 2017 Comments are off for this post.
NEW YORK – Sindarius Thornwell used four 3-pointers and 24 points to help No. 7-seed South Carolina coast past No. 3-seed Baylor, 70-50, in regional semifinal action from Madison Square Garden on Friday. The Gamecocks led 37-22 at intermission and never looked back, leading by 22 with 4:09 to play.…Read More »
Load more posts