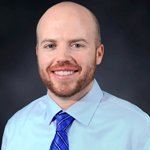 Greg Mescall returns for his second Olympic Games with Westwood One after covering water polo and diving in 2016 in Rio de Janeiro, Brazil. He also served as the sideline reporter for Westwood One’s coverage of the 2018 FCS title game.

A native of Leonardo, New Jersey, he is graduate of Monmouth University and Wagner College.