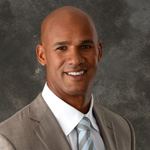 Pro Football Hall of Famer Jason Taylor returns in 2018 for his second season as the primary analyst for Sunday Night Football on Westwood One.

Once a home-schooled “Pittsburgh kid” thought to be too skinny for the game of football, Taylor became one of the most feared defenders on a National Football League field, and one of the most generous individuals off of it. Drafted by the Miami Dolphins in 1997, Taylor became the greatest pass rusher in the storied franchise’s 50-year history before moving on to a successful TV and radio career. But above all else, it is Taylor’s huge heart that moves one of pro football’s most popular figures to give back through the Jason Taylor Foundation and resulted in his being named the 2007 Walter Payton NFL Man of the Year.