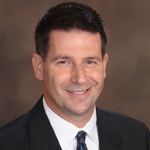 Kevin Lee is a play-by-play announcer for Sunday afternoon NFL games and NCAA Basketball on Westwood One.

Lee has been a host and pit reporter for television coverage of INDYCAR and other motorsports, beginning in 2009 with Versus and with NBC Sports Network since 2011. He has covered motorsports on radio since 1993, and has been part of the worldwide broadcast of the Indianapolis 500 on the Indianapolis Motor Speedway Radio Network for the past 13 years.