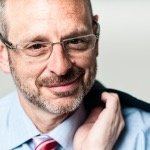 Ralph Strangis is a career sports broadcaster, writer, corporate speaker and emcee, and content creator and producer. He will call play-by-play for ice hockey in PyeongChang.

Ralph is a former 7-time Lone Star Emmy award winning play-by-play broadcaster for the Dallas Stars. He left the fulltime NHL booth to pursue other opportunities in 2015 after 25 seasons with the Stars. He’s called every sport imaginable and has worked games for NHL Radio/Westwood One, including the 2018 Winter Classic. He filled in as play-by-play man for the final 3 months of the 2016-17 season for the LA Kings on Fox Sports West. He’s a national award winning contributing op-ed columnist for the Dallas Morning News, he published his first novel, “Saving Lenny Franks”, in 2017, and his podcast, “The Priest & The Pragmatist” is available on iTunes.