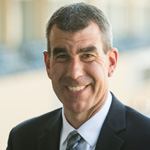 Ryan Radtke joined Westwood One in 2017 and serves as the network’s lead play-by-play announcer for NCAA Football. He also calls regular season college basketball games as well as action during the NCAA Men’s Basketball Tournament. Radtke was part of the network’s coverage of the 2018 Olympic Winter Games from PyeongChang, South Korea, where he provided play-by-play of alpine skiing, luge and bobsled.

Radtke served nine seasons as the voice of University of Nevada football and basketball. Prior to his arrival in Reno, he spent a decade at the Arizona Wildcat Radio Network, hosting pre-game, post-game and halftime shows for football and basketball, as well as serving as one of the play-by-play announcers for the University of Arizona baseball team.

In addition to his collegiate work, Radtke has been the voice of the Arizona Diamondbacks Triple-A affiliate, the Reno Aces, since 2006.